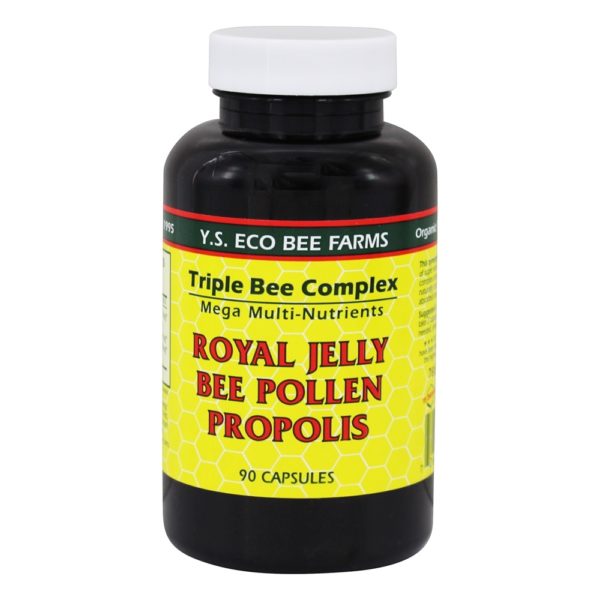 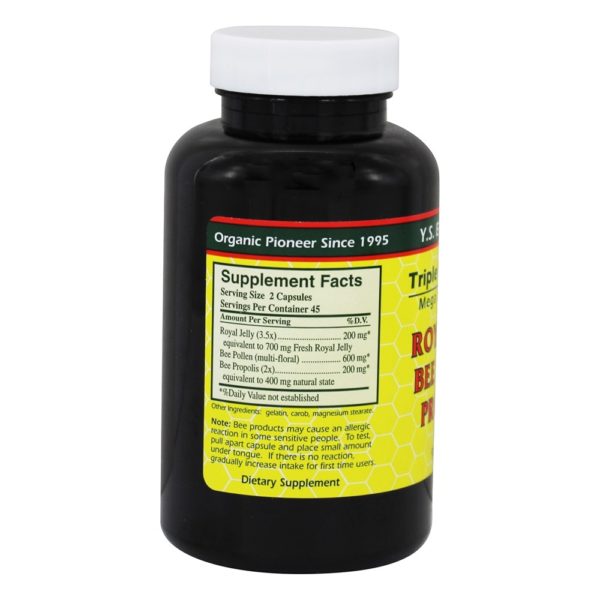 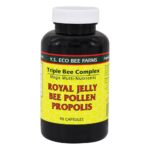 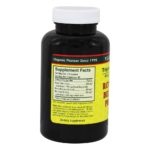 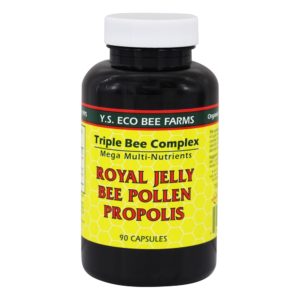 Organic Triple Bee Complex – Royal Jelly Bee Pollen Propolis is a triple bee complex that contains macronutrients. Royal Jelly is a thick, milky substance secreted from the pharyngeal glands of a special group of young nurses between 6 and 12 days of age after birth.

The nutritional importance of YS Organic Bee Farms Triple Bee Complex – Royal Jelly Bee Pollen Propolis is the fact that the differentiation of female larvae depends entirely on the early developmental stage. In the larval stage, they are completely identical and feed on royal jelly for the first three days after hatching. Females produce fertilized eggs which are either sexually immature small bees or large fertile queens.