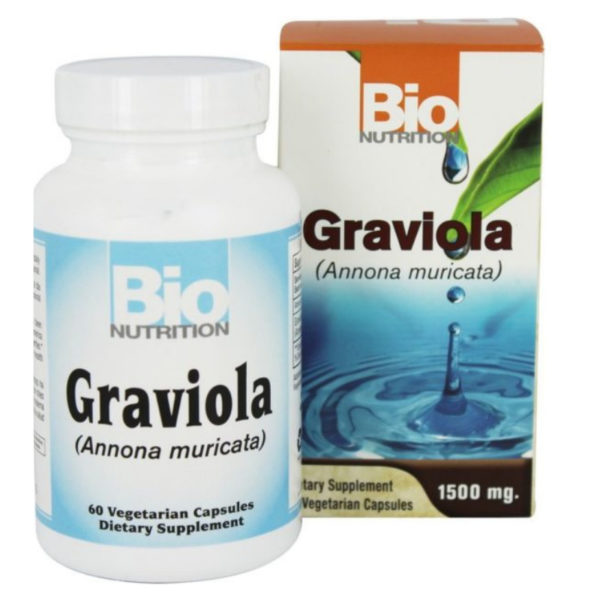 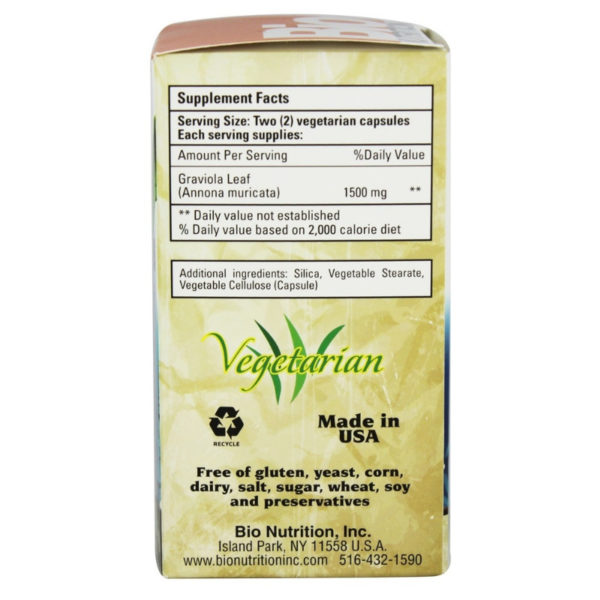 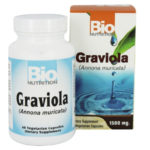 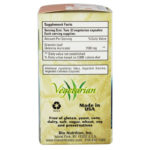 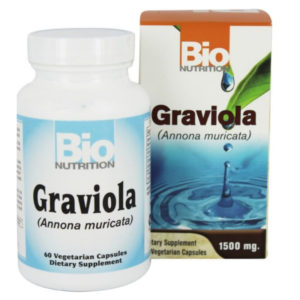 Bio Nut ritionGraviola (Annona muricata) 1500mg. is also known as soursop and has been revered by the native people of Central and South America for thousands of years for its health promoting properties. Modern scientists continue to explore the potential health benefits of this treasure plant.

Graviola is the Portuguese name for a fruit and the tree it grows on. The graviola fruit is prized in certain areas for its sweetness and flavor. The fruit itself is unattractive, but it’s taste is delicious. The extract from this plant has been used medicinally. The graviola tree grows wild in the Caribbean, Central America and Mexico. It has been cultivated in Florida as well. The fruit is also known as pawpaw, soursop, or guanaba.
The graviola fruit is green with a prickly skin. The flesh itself is white with black seeds and can be tough and fibrous. The taste is similar to a strawberry crossed with a pineapple, sweet and tart at the same time. The flesh is somewhat hard to eat so it is usually juiced and used as a flavoring.